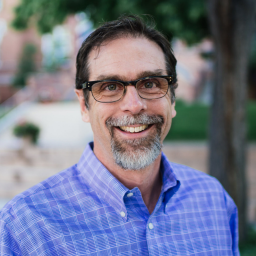 Polycystic ovarian syndrome or PCOS is the most common hormone-related issue among women of child-bearing age. It affects somewhere around 10% of all women. It's a major cause of infertility, among many other symptoms. More importantly, it's a major source of physical, relational, and emotional pain for a lot of women.

PCOS is a complex problem that involves at least 4 major hormones. Of those hormones, 2 are too low and 2 are too high. After watching this video or reading this post, you'll understand which specific hormones you need to take a look at. More importantly, you'll have 4 simple steps you can take toward resolving PCOS and feeling like yourself again.

Women with PCOS struggle with a long list of symptoms. Here are just a few:

4 Most Important Hormones in PCOS

All these symptoms and others are hormone-related. There are many more hormones involved in the complex problem of PCOS. But we're going to go over 4 that I would consider to be the most important.

Of these hormones, 2 are too low and the other 2 are too high.

Hormones That Are Low in PCOS

The low hormone category includes thyroid. Located in the middle of your throat under your Adam's Apple, your thyroid gland produces a couple of different thyroid hormones, called T3 and T4. These hormones act like an orchestra conductor, sending messages to every system in your body. In other words, thyroid has an impact on almost everything your body does. I'll include a reference to some articles below, showing that low thyroid has a major impact on PCOS.

Low thyroid can affect the ovaries in at least 2 specific ways:

The second hormone that's usually low in PCOS is progesterone. It could be a bit hard to decide if low progesterone is a cause or a result of PCOS. From my perspective, it's more likely to be a result.

The main source of progesterone is the ovary. Specifically, the ovary has a bit of tissue that gets left behind after an egg is released in the process called ovulation. That piece of tissue is called the "corpus luteum." The corpus luteum (Latin for "yellow body" because it looks kind of yellow) produces progesterone during the second half of a woman's menstrual cycle. Because it's dominated by the corpus luteum, the second half of the cycle is called the "luteal phase."

Since their progesterone levels are low, many in PCOS women struggle with something called "estrogen dominance." This isn't a term that every doctor embraces, but it is quite descriptive. It means that a woman's level of progesterone is low in relation to her level of estrogen. Said another way, if there's too much estrogen, in relation to progesterone, a woman can have some bothersome symptoms. Estrogen dominance can lead to all of these symptoms, among others:

A provider can prescribe a thyroid hormone medication to increase the level of thyroid and that will solve it. But there are some complicating factors about thyroid replacement that we'll cover a bit later.

In the case of progesterone, it looks like getting ovulation working correctly might be helpful in increasing progesterone levels and solving symptoms of estrogen dominance.

Hormones in PCOS That Are High

There's 1 hormone that's almost always too high in women with PCOS. Because of this, high levels of this hormone are one of the 3 criteria that determines if a woman has PCOS or not.

That hormone is testosterone.

Having high testosterone is one of the red flags that tells your doctor that you may have PCOS. There are a few different types of "diagnostic criteria" that help healthcare providers decide whether a problem is PCOS or not. Most of them boil down to a few questions like this:

Testosterone helps give woman muscle and bone strength. It's also a major contributor to a healthy sex drive.

When testosterone is too high, as it is in PCOS, it can cause masculinization symptoms like these:

There's strong evidence that the ovaries start producing greater than normal levels of testosterone in PCOS because of the influence of another hormone that's too high . .  insulin!

The Most Important Hormone in PCOS

The biggest hormone factor in PCOS is insulin.

Insulin is a hormone that moves glucose (sugar) from the bloodstream into the cells. Glucose is the most commonly used form of energy in the body. The process of moving glucose is crucial for metabolism or energy management in the body.

Over time, insulin can stop working the way it's supposed to. When that happens, the pancreas recognizes that there's too much glucose in the blood. In response, it releases more and more insulin. Even though there's lots of insulin around, it starts working less and less. Another way to say it is "insulin resistance."

Insulin resistance is one of the root causes of PCOS.

High insulin levels lead to high testosterone levels. That's because ovary cells, when they are exposed to high insulin, tend to produce higher-than-normal amounts of testosterone.

Insulin levels aren't always high in PCOS. But they usually are. Many hormone providers make an assumption that a woman with PCOS or PCOS symptoms probably has at least some insulin resistance issues.

Solving the PCOS riddle is complicated. Some providers avoid treating patients in PCOS because it has so many subtleties and complications. I work with providers who have had some success in treating PCOS. This means they have gained some confidence and expertise that they can pass along to new patients.

The ultimate solution to hormones in PCOS that are too low or too high is optimizing all your hormones. An integrative medical approach looks at the whole body, rather than just focusing on the reproductive system. Seeing the big picture is extremely important in PCOS. A healthcare practitioner who is able to understand the complex interactions of many different hormones is best-equipped to help a woman with PCOS optimize her insulin, testosterone, thyroid, and progesterone.

A functional medicine or integrative medicine provider can:

4 Steps You Can Take